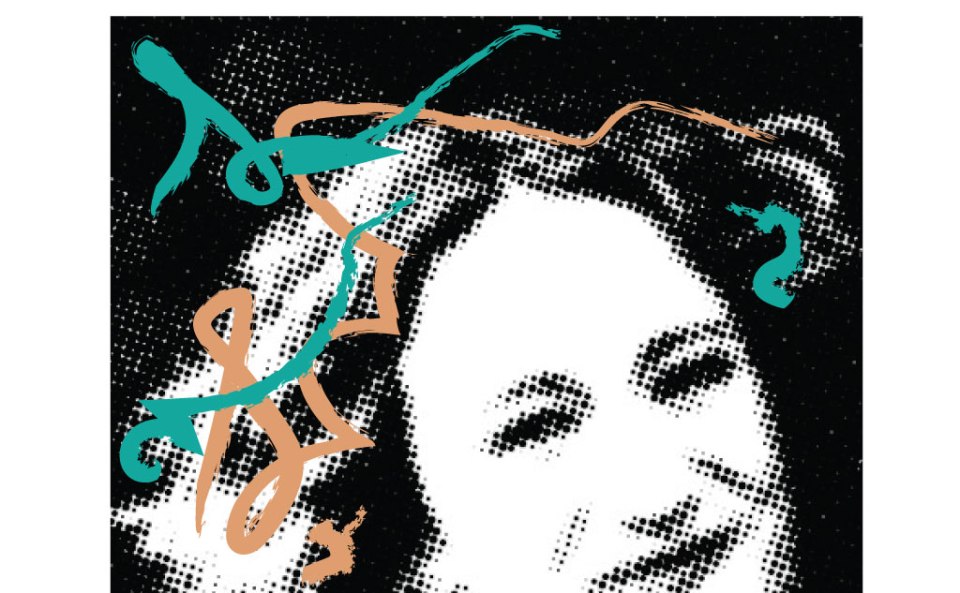 This was my second Danah Boyd keynote in less than a year, and the second time I’ve tried to blog about it afterward.  I find them so hard to blog about that last time I gave up and simply quoted a highly abridged version of the speech (here).  This time, I’ll simply recommend that you check out the video here,

or the text here, or an abridged video here.  Or just search the talk and you’ll find a huge variety of responses, as well as her response to the responses.  What follows is my own experience and thoughts.

The challenge writing about it comes not because I don’t have things to say; on the contrary, the density of ideas and the breadth of topics leaves my mind racing.  In response, I draft prose that are disorganized, fragmented and associative, cluttered with too many ideas at once.  It’s as if the cognitive disarray that is her topic somehow infects her listeners (and their prose).  We’re left as overwhelmed by her words as we are by the world around us.

Indeed, I’d guess that she’s keynoting these events because she’s putting into words what so many of us are feeling, and she’s doing so in a way that’s reflecting back to us our own mess of thoughts and feelings, only slightly more cogently.  For me, these are the thoughts and feelings that bounce between the personal and the professional, the emotional and the rational, the panicked and the resigned.  They’re inchoate and unformed—or organized only by the feeds and alerts that determine our consumption of them—and they keep us up at night.

More than anything, Boyd has her finger on the racing, irregular pulse of today’s cyber existence.  Her analysis is an fMRI image of the irrational, spiraling mental processes of today’s political and cultural mayhem.  And more than almost anyone else in the tech world, she recognizes that we can’t reason our way out of these disorders.  Her critique of attempts to do so aims most directly at the field of media literacy, but it seems to me that it’s more a critique of Enlightenment rationalism in its entirety—and in that sense, a critique of an entire educational and cultural paradigm.

At times, this has led me to despair.  With the problem running so deep in our systems, networks, technologies and institutions, what hope is there?  Yet if there’s any silver lining in the reality she presents, it could be the liberating realization that we’ll have to accept our deeply emotional, irrational and glitchy cognition, and base the repair of our broken world in our essentially human capacity to imagine, care and communicate from the depths of our human experience.

To do so, though we’ll have to de-program ourselves, not just from a political consciousness manipulated by algorithm and intermittent reinforcement, but also the circuitry of an economy where information is paid for by clicks and where we’re the subject of an unprecedented arms race for our attention.  Our psychology—too frail to resist the manipulation of our arousal, our desire, our responses—is for sale to anyone buying our eyeballs and psyches, from benign advertisers to trolls to malicious political actors.

Underlying Boyd’s analysis is the fact that these transactions—transactions of neurotransmitters, clicks, algorithmic quid-pro-quo,—increasingly occur on the same few interoperable, scalable platforms.  This homogenization doesn’t just concentrate wealth and centralize influence; it also hijacks our attention and narrows the breadth of our imagination.  No long can we imagine what it really means to be in community beyond social media, or what it really means to care about others beyond a GoFundMe campaign.  No longer can we experience our own value beyond the products we own, and no longer can we imagine being compensated for the data we produce (data that make others rich) by anything other than free services and entertainment.

What makes Boyd’s critique deeper than others is her appreciation for how deeply the problems are embedded in our psychology, and how paradoxical our own mental processes can be.  You’ll have to listen to her to hear her talk about emerging ways of understanding our new media ecosystem—things like Poe’s Law and parasocial interactions.   And while the dynamics she describes feel dark and hopeless, her new way of describing the problem can itself be part of the solution, because as long as we keep framing the problem in the same old ways, we’ll keep coming up with the same old solutions.

We need to look for answers in places where inquiry has always occurred in the dark nooks and crannies of human psychology.  Gone is the time when we can simply imagine waking up from this nightmare; rather, we need tools to work with the unreality of it.  We need to interpret irrationality, not get rid of it (for when has humanity not been irrational?).  We can’t regard media separate from our response from them; nor can we study an ideology separate from how it feels to believe it.  Or, as Boyd says, we need to think about our own fault lines, not the fault lines of the media.

She sees how the problem can be simultaneously deep inside us and all around us.  And in that sense, her approach feels deeply psychoanalytic.  In spite of what many think, psychoanalysis has never just described individual phenomenon; nor has it fixated on the past for the key to understanding the present.  Rather, its attention has always been the collective, in all it’s madness, suffering and delusion; and its interventions have always been in the here-and-now of our urgent present.

Boyd sees madness in our response to our new networked media and information ecosystem, and she asks how it came to this.  She can see that it didn’t have to end up like this–indeed, her own work couldn’t have foreseen this.   But it’s hard to know how to ask why it’s come to this, and it’s here that I’d see a psychoanalytic frame as helpful.  A psychoanalytic investigation would focus its attention on the conditions that have activated our unconscious dynamics: how did aggression and harsh judgment come to be front-and-center in the political sphere?  How did we become so vulnerable to anxiety and regress to tribalism?  How come some populations are vulnerable to having their weaknesses exploited while others are able to access their better angels?  And what does it say about the whole social system when it’s so split between the two—between the rational and irrational; between the universalist and the tribalist; between the scientific and the superstitious?

A psychoanalyst can affirm that we each contain these opposites, and when we identify too strongly with parts of ourselves, we have no choice but to expropriate our other parts onto the other.   When we can’t accept our own darkness, we imprison the criminal urges of others; we condemn sexual behavior even as we deny our own lust, disgust, or envy; and we elect others to do our dirty work for us.  When our tribe is defined by certain patterns of thought, we judge those who exhibit different thoughts and we gang up against those who are different, unacceptable.  And as Boyd powerfully says, we all believe that we’re part of the resistance.

It’s our work to find a framework to engage the irrationality and to respond–with neither more irrationality nor rationality–but with ways to strengthen our social systems against being so easily activated, so readily deluded, so regressed, divided and lost.  As Boyd says,  when you’re being gaslighted, the only solution is to get out.  We can’t get out of our networked society, but we can re-organize how the networking works, putting in protective barriers against mass mobilization and putting in speed bumps against misinformation that travels at the speed of light.  We can rough up the smooth flow of unconscious dynamics; we can diversify networks that prefer homogeneity; and we can appreciate the personal, the private, the unscalable and unassimilable.  We can recognize what interoperability leaves behind and surface the outliers that are buried under algorithmic smoothing.

Freud pioneered the study of human irrationality under the shadow of a world war, an economic catastrophe, and the rise of genocidal totalitarianism.  Ours isn’t the first time things have gone sideways, but it is the first time we’re living in the shadow of constant cyber warfare.  Perhaps we can mitigate our irrationality before the worst of it, but watch Boyd’s keynote and you’ll see what we’re up against.